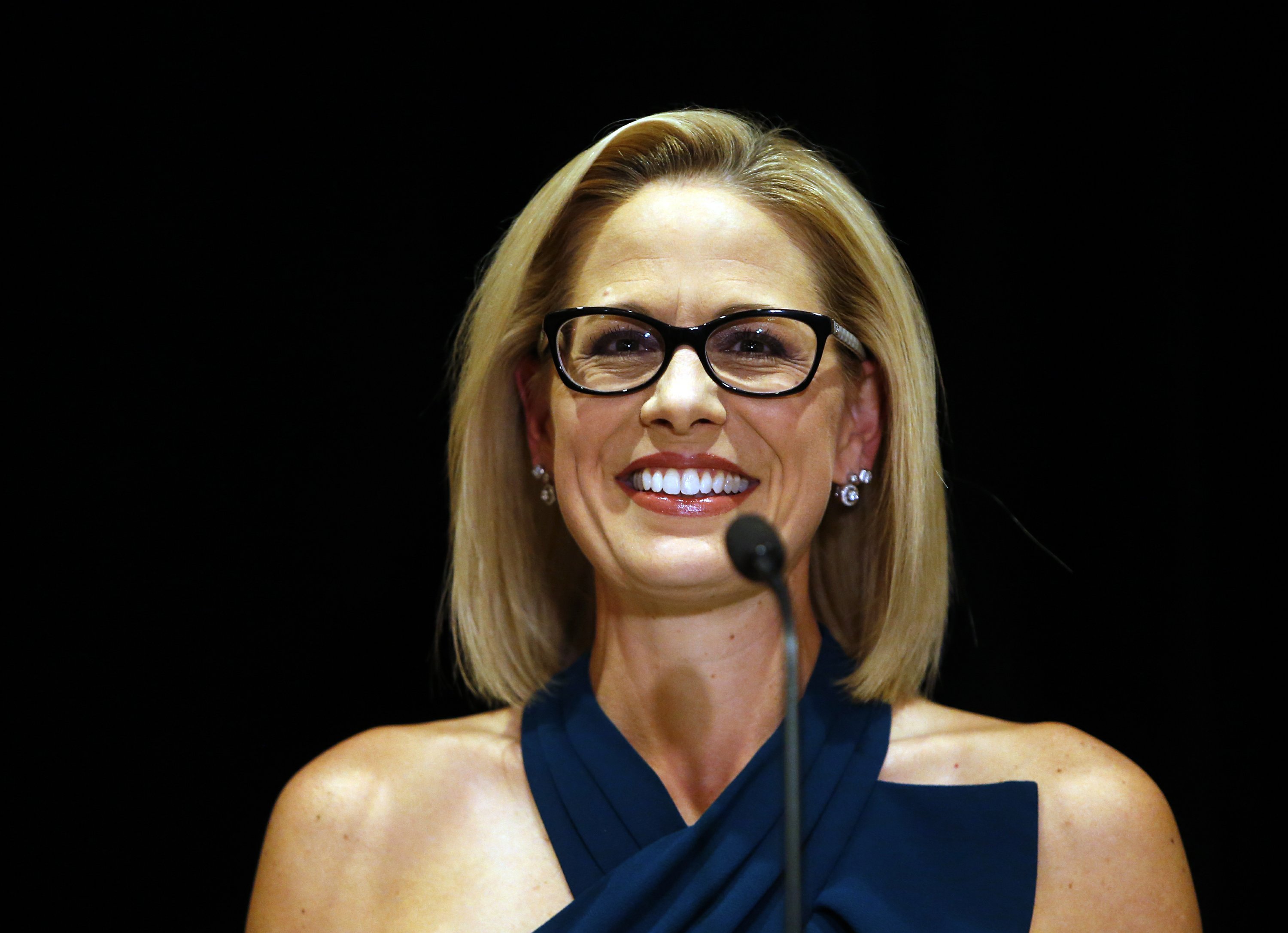 Sen. Kyrsten Sinema (D-Ariz.) faced criticism Friday afternoon for the way in which she chose to vote against a provision to gradually raise the federal minimum wage to $15 per hour ― with an exaggerated thumbs-down hand gesture.

Seven Democratic senators and one independent ended up joining Republicans in voting down a motion to include the wage hike in the new round of coronavirus relief, saying it didn’t comply with rules on budget legislation.

Although hand gestures are commonplace on the Senate floor, particularly in the coronavirus era, Sinema’s casual body language was disappointing to some who saw the gesture as belittling the fight to end poverty wages.

More than 800,000 Arizona residents would be affected by the minimum wage increase, according to analysis by the Brookings Institution.

In a statement highlighting her support for minimum wage increases in her state in 2006 and 2016, Sinema said Friday that she knows “the difference better wages can make.” But she said the Senate should hold an open debate on the issue of raising the federal minimum wage rather than include it in the $1.9 trillion coronavirus relief package that is under consideration in the chamber.

Democratic leadership is working to pass the rescue bill using a process known as budget reconciliation, because it allows them to circumvent the filibuster rule that would otherwise prevent the bill from ever being brought to the floor for a final vote, given the current 50-50 party split in the Senate. That process, however, requires that the legislation have a significant effect on the budget.

The filibuster would almost certainly prevent a standalone $15-an-hour minimum wage bill from passing, however, and Sinema does not support progressive attempts to abolish the rule.

On his first day, Biden signs executive orders to…

Sinema Slammed For Exaggerated Thumbs-Down On $15…